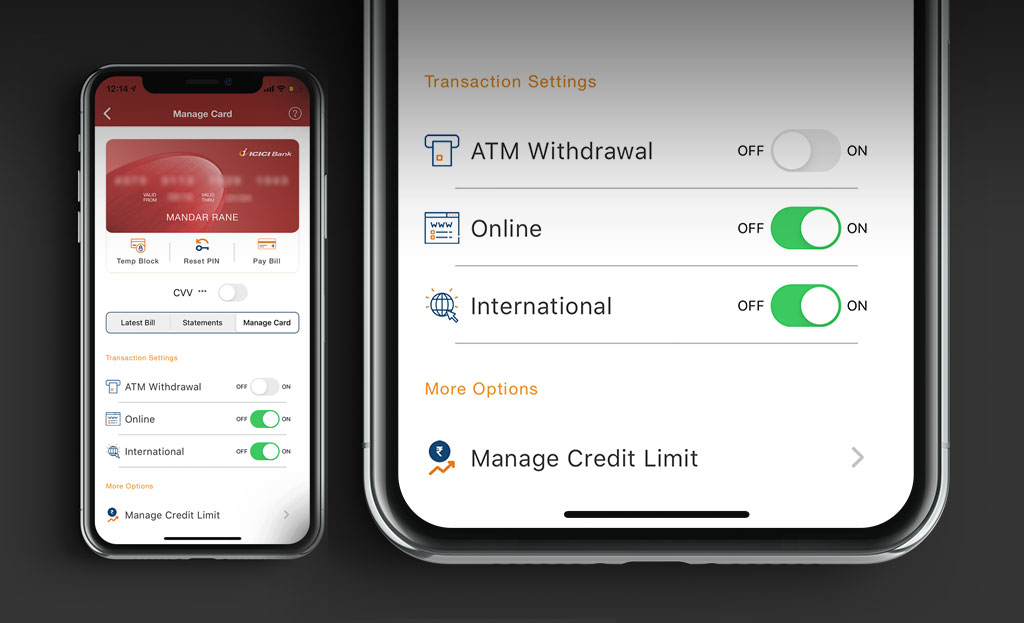 The intelligent feature and UI that saved the day

Welcome to design bytes, small stories and observations related to various domains of design. Today’s observation related to user interface design. I can recall that day very vividly. I was in urgent need of cash. I rushed to the ATM. Quickly pulled out my card and requested 40K in cash. What happened later was about why I did not get the money and how was I saved from the mess.

I had inserted my credit card in the ATM, instead of the debit. This is technically called a cash-advance transaction. It attracts a 2–3% flat fee on the amount being withdrawn, plus interest to be charged until repaid without the interest free-window period. An interest-free window period is the amount of time you get to repay your credit card when you do a swipe transaction. Had I swiped the card for 40K I would have got a 45 day period to return the money. But fortunately, the feature in the ICICI bank mobile app credit card interface came as a saviour. This is what I want to share.

So here’s the story. I rushed to the ATM and placed a request for 40k. The transaction is declined. It irritates me. When I have money in my account why did the transaction decline? I make a second attempt, again declined. I said to myself something is wrong. This is when I realised I was attempting the transaction with my credit card. 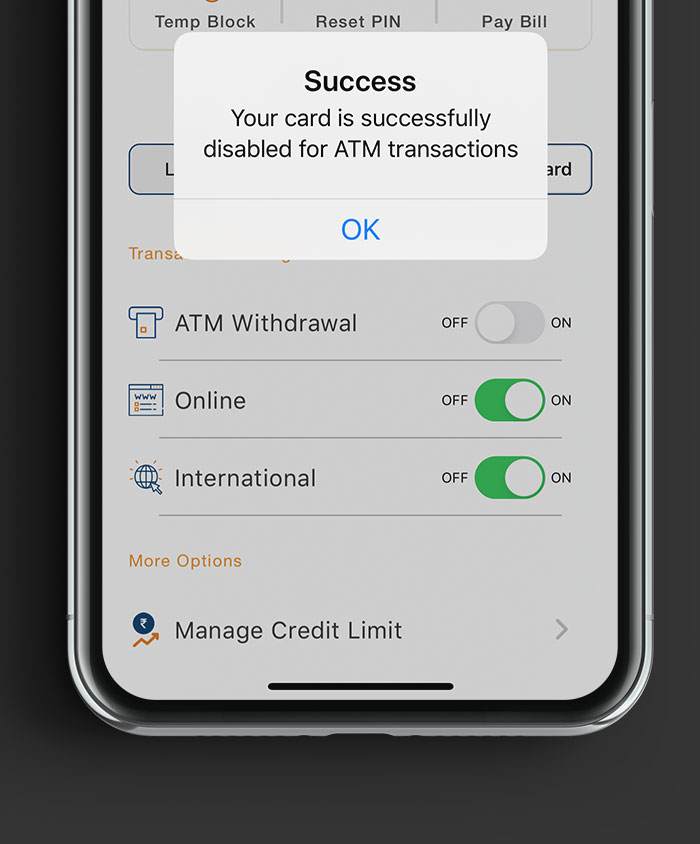 Figure 1. Toggle button to switch off ATM transactions in the mobile interface

The facility of the toggle buttons for ATM cash withdrawal, online transaction and international transactions are handy. It gives you complete control over the behaviour and usage of the credit card, so that forgetful people like me can set their preferences. 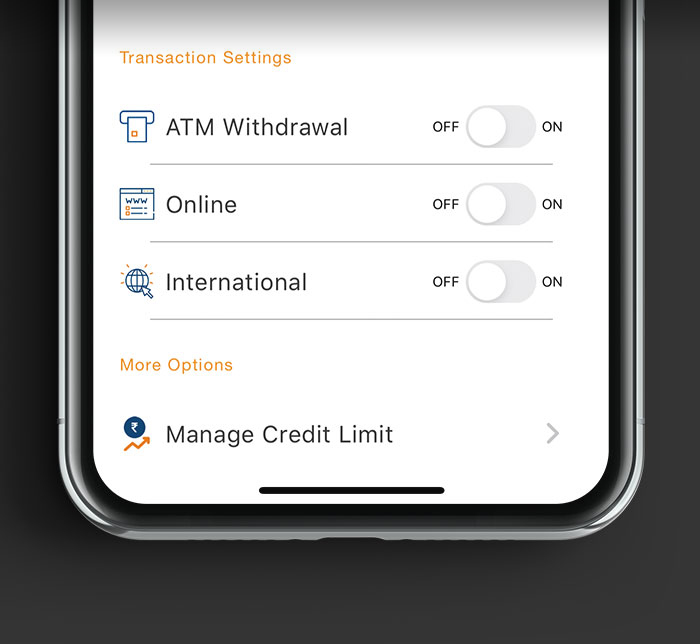 Image 2: All features are switched OFF, I can switch then ON when required.

“Your understanding of a feature and its user interface
broadens when you experience the contexts in
which it is found useful.”
– Mandar Rane

To avoid such auto-renewals, I keep the switch for online transactions ‘OFF’ in my mobile app credit card interface. So even if a transaction is attempted by the merchant, it gets rejected and I get an alert via SMS. I review the subscription and if required make the payment. One might argue that auto renewal is useful as I don't have to pay attention for petty things. Yes, you are right, this is important when the transaction cost of the subscription is of high value, I mean transactions in US dollars for a website plugin purchase, with a yearly subscription. This is when the feature to toggle ON or OFF at will is helpful for people like me who are forgetful. So, if your bank offers these features on your mobile app, try them.

One more feature that is useful is that of the virtual card and I assume not many people are aware of it. In this case, apart from the physical card, you can create your own virtual card. It allows you to set the credit-limit in the card and use it specifically for online transactions. This is helpful because the whole credit-limit of the physical card is not exposed to the internet.

Do other banks have this feature? Why toggle buttons should be preferred in this scenario?

Choice of user interface elements plays a key role in designing experiences. The differences are subtle and therefore may go unnoticed, but they make a huge difference until experienced. 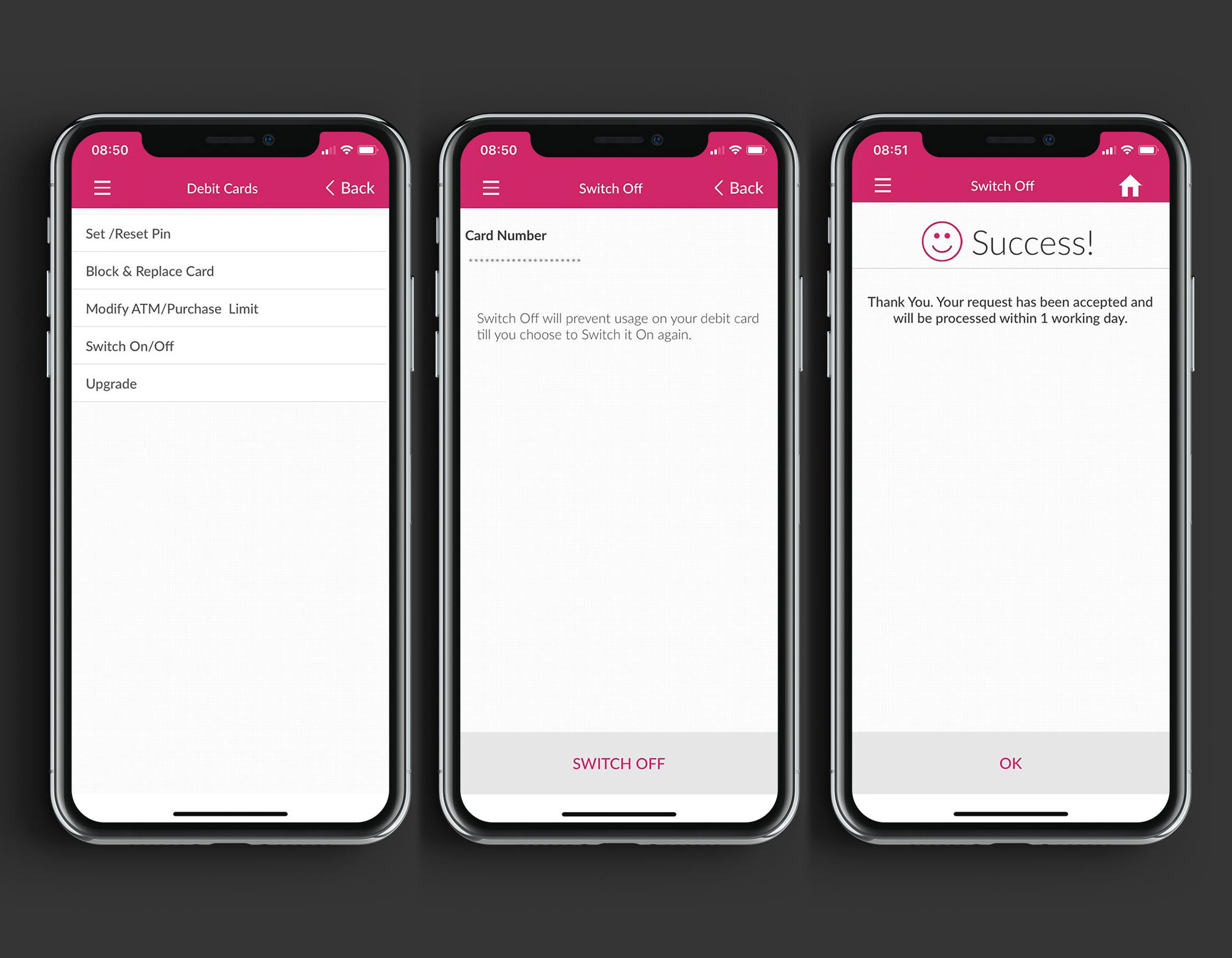 Image 2: An Indian bank with similar feature but executed without a toggle button 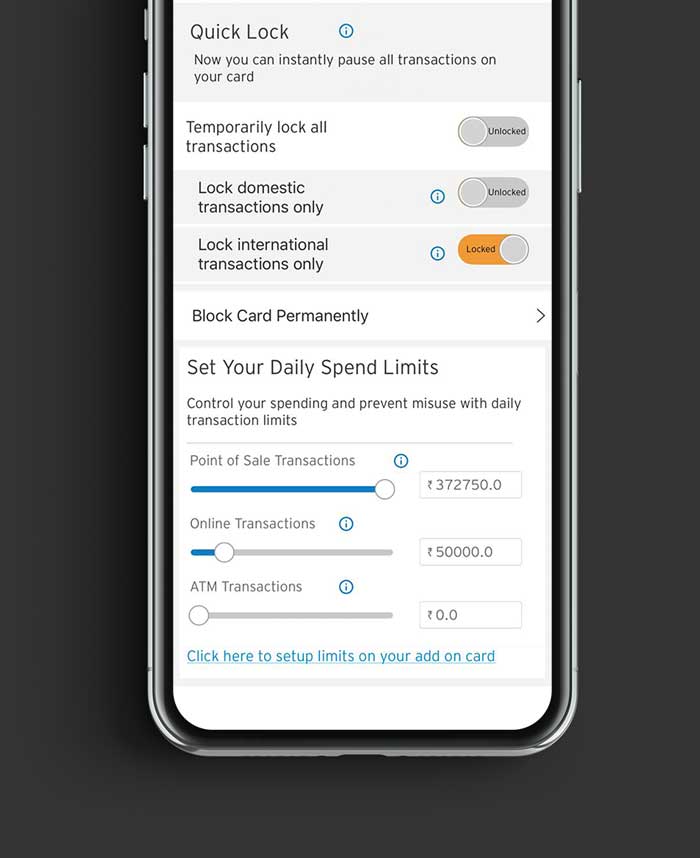