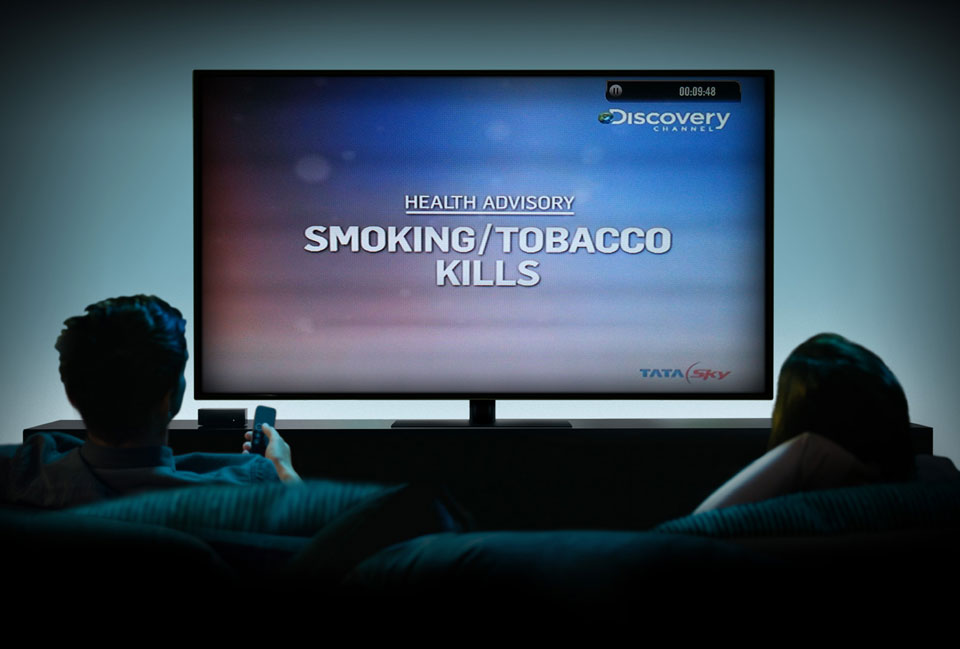 Observation made in January of 2014

Welcome to the design observations, the one image podcast. I am Mandar Rane, faculty of communication design, at IDC school of design IIT Bombay. Through the podcast, we share one of our selected observations drawn from our surroundings for analysis and discussion. I hope you will enjoy them.

Today’s observation is about social awareness campaigns. Whenever I watch a movie on television, health advisory adverts run a line saying smoking and tobacco kills. Watch a film in the theatre, they shown horrifying images of mouth and lung cancer. Even my friends who smoke, delay entering the movie hall to skip those unpleasant images. Let me be frank and announce that I don’t smoke, so you may think that I am in support of these advertisements. Actually I am not. I am against the promotion of the health advisory messages, as I cannot handle the contradiction and hypocrisy around it.

So, here is my point of view. If the government is really bothered about the consequences of smoking on the life of any individual, why not stop the manufacturing of tobacco products? Let us eradicate the root cause, its availability. I am not saying ban it, I am saying stop manufacturing and making it available as a well designed consumable product with branding and variants.

But everyone knows they won’t do that and there is no rocket science to this, the answer is simple. Its the money. Revenue generated from the sale of tobacco products is the reason which wins over any other argument that you can think of.

A similar situation arose when the corona pandemic hit the country. The whole country was put in lockdown for the interest of public safety. Only essential services were allowed to remain open. But after 40 odd days of the lockdown suddenly liquor shops were permitted for sale, and that too even in the high-risk zones. The rationale given to this was to generate revenue and support the frailing economy of the state. The demand for liquor was so high, people started gathering around the shops without obeying the social distancing norms. Finally, the shops were made to shut down in two days. The government came up with a user-friendly solution for liquor to be ordered online. Liquor became an essential commodity in the context of crisis as it can generate revenue. Anyways, the point of this story is, revenue wins.

However, the argument to generate revenue through liquor does not hold true. This is because India has declared five states as dry, Gujarat, Bihar, Mizoram, Nagaland and the union territory of Lakshadweep. then, how do these states manage to generate revenue without the sale of liquor? For listeners who are not aware of what is a dry state. Dry meaning a non-alcoholic state, where manufacturing, distribution and sale of alcoholic beverages are prohibited.

Drugs are banned and illegal because the consequences are horrible, but in comparison tobacco consumption and smoking are also equally bad. Although, the pace at how smoking can affect us might be slow. One has to understand that there is some convenience in how we respond and address these issues.

When we see an elephant or a tiger get killed, we feel sorry. But, when an ant dies, we rarely feel bad (at times we even crush it at sight). It seems our response is relative to the scale of the insect or the animal, rather than the event called ‘DEATH’. We can draw a similar comparison with revenue generated from the sale of tobacco products in terms of its scale versus the slow-paced ill-effects of its consumption.

There is a straight answer to this problem, stop manufacturing. But it seems we want to shy away from it because the slow fear of death makes it permissible to choose the mid-way and allow both to coexist. By both, I mean the revenue and resultant health hazards. The convenient middle path is to exhibit empathy through the creation of health advisory messages and not stop the sale. Maybe, this approach gives us the freedom to say, we had warned, but you became addicted.

Finally, just think about this. Isn’t it strange to expect people to exercise self-control for an addictive substance like nicotine? I feel people are not at fault, they have become prey to what is made available to them. May be, our behaviour of living with contradictions can be injurious to our health.