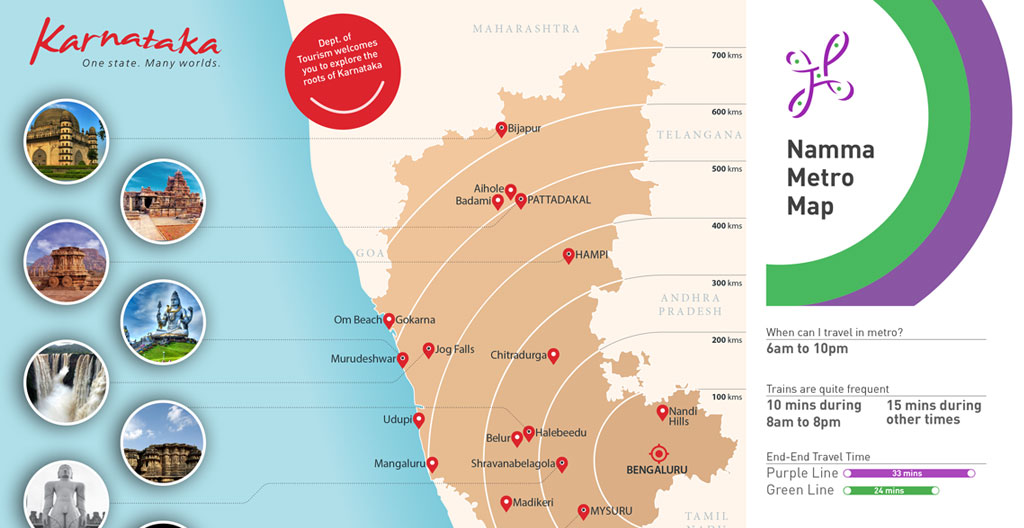 Design of the Namma Metro Map

A conversation with Kalagouda Patil (visual designer of NMM) articulating the design decisions behind the design of the Namma Metro Print Map. In discussion is the use of grids, colours and principles of accessibility in visual design.
Print friendly NMM English

MR: Why did you choose to design NMM?

KP: I started designing Namma Metro map as a mini project at IDC. The initial brief was to develop a portable, printed map for Namma Metro-which could be folded up and carried in one's pocket. Information related to Namma Metro is available via smart-phone apps, websites and on-site at the Metro stations- however I wanted to create a portable print map which can be used for a quick and clear overview of all the Metro lines- at the lowest common technology denominator (printed map- doesn't need smart-phone or internet access, though I agree that it has its limitations of being non-interactive etc). Considering the available time i.e., 15 days, I assumed I would comfortably complete this academic exercise. But it didn’t finish in planned time as I thought. It took 25+ iterations over a period of 3 months and it's still developing based on the changes occurring in the growing network. Later, the print version (portable) of NMM, was modified for Web as well. Currently, NMM is available in two languages- English and Kannada, in print and web versions respectively.

MR: Can you talk about challenges or major insights?

KP: Grids Initially, I was confused about which grid system to adopt- numeric or alpha-numeric? Transit maps often use alpha-numeric grids. The Mumbai Rail Map (MRM) developed by my senior Jaiki uses numeric system as a tool for Index-grid search. Jaiki’s insights and findings had a large influence on my map-design process. At the same time, I was thinking about what universal language could a map adopt. I went ahead with the alpha-numeric grid, as this is an universally accepted system. This helps commuters from abroad to understand the network based on their past knowledge, by removing the need to learn a new system which increases their cognitive load along with anxiousness in navigating in a new place. As far as the local commuters are concerned- based on their literacy levels and exposure to reading schematic maps and grids in general- the learning curve of understanding and using this map varies. 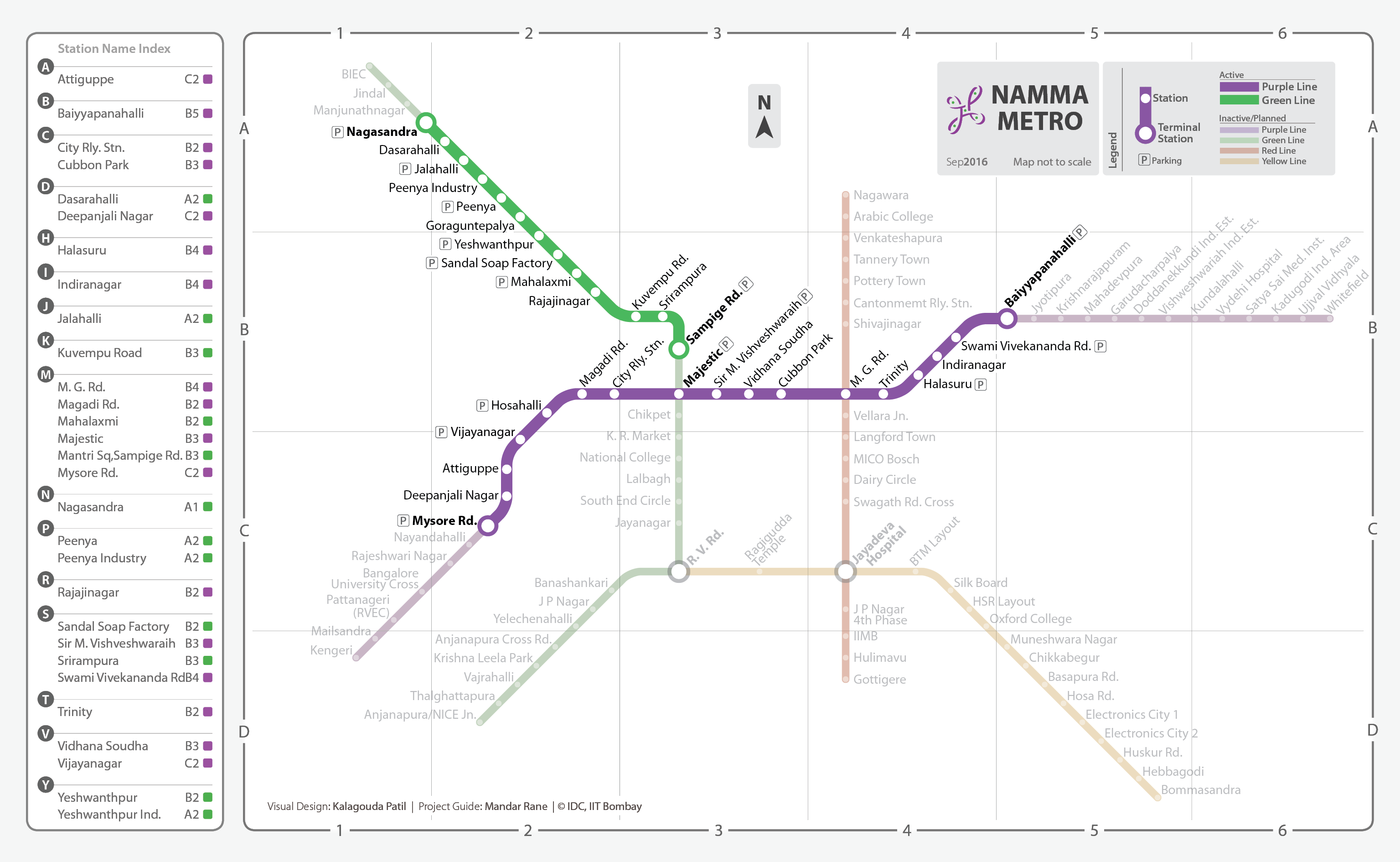 Colours are used in transit systems for differentiation and easy identification of routes. When designing such universal systems, the colours chosen should be colour-blind friendly. This holds good until phase 1. But not along with phase 2, when red and green colour come together they are not perceived to be differentiated by individuals with colour blindness. The same has been communicated to BMRC authorities. 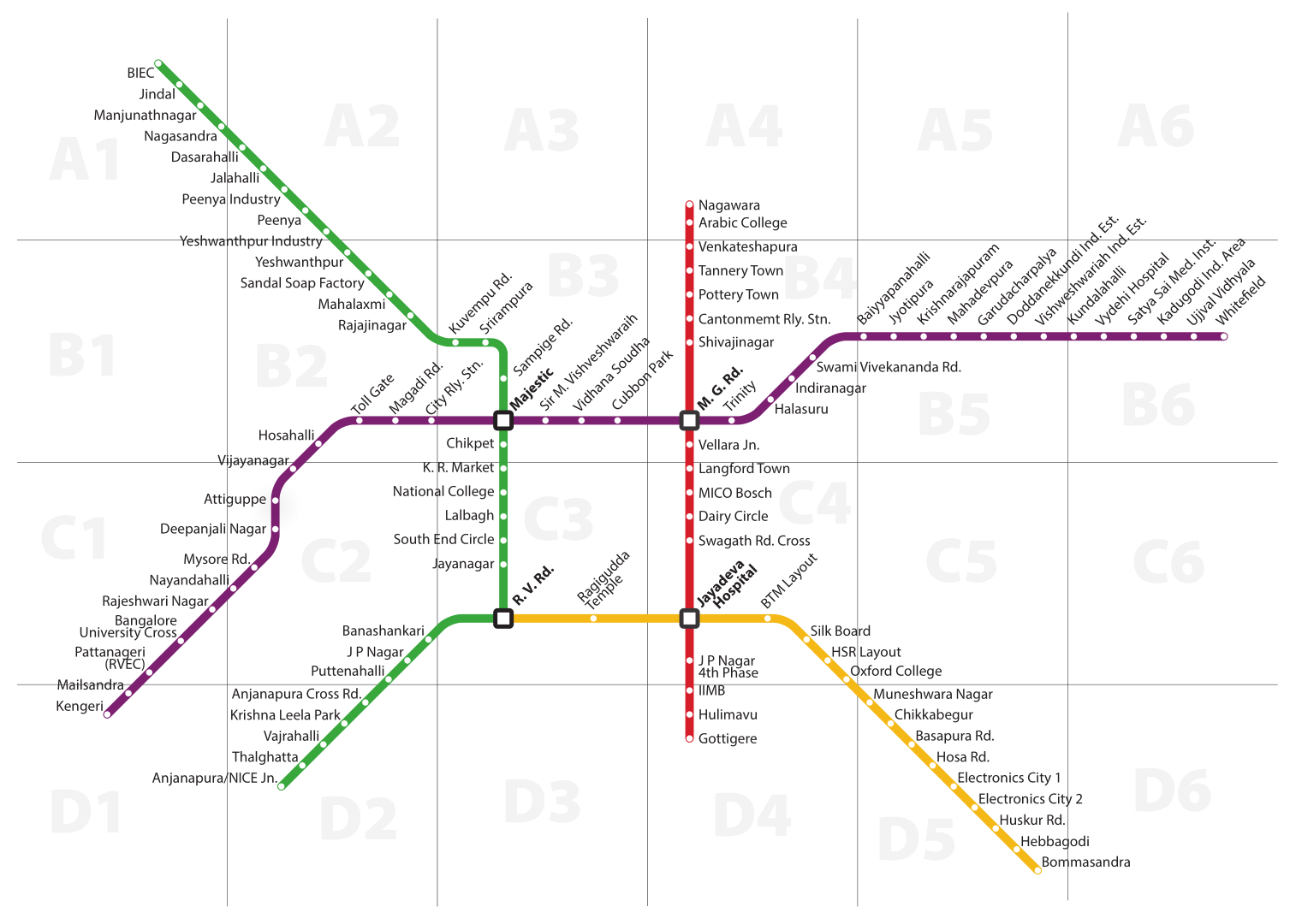 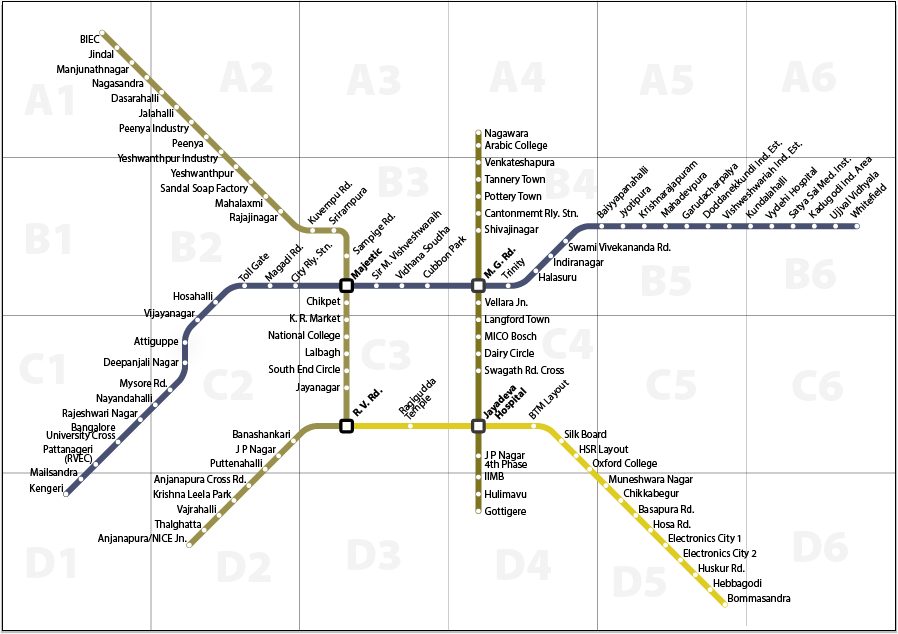 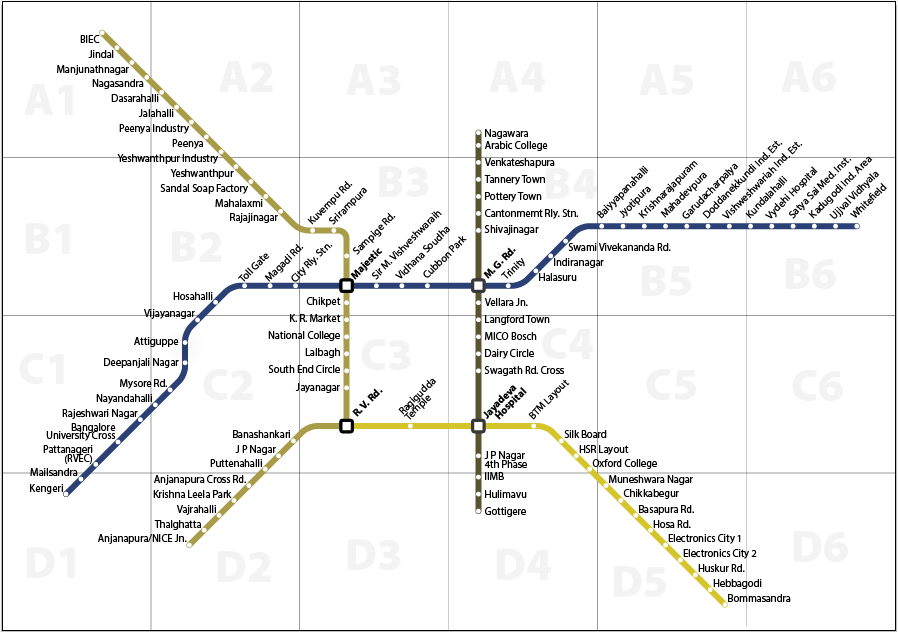 MR: What is the future of NMM?

KP: BMRC authorities had generously included the web versions in English and Kannada language on their website, but unfortunately now they don't seem to work. If not supported officially, the NMM can serve the purpose unofficially! The print map was designed so that commuters can fold and carry it in their pockets. The space on the back page of the map allows for advertising and promotions-business people can take advantage of this opportunity to publicise their businesses. The map is planned and designed keeping this in mind so that printing and distribution can be sustained from the advertising revenues.

The NMM is but a humble attempt from my side, in the form of a student project that is a drop in the ocean of problem-solving in the public transit information domain. I will continue to work on the map whenever opportunity arises or it needs an update. 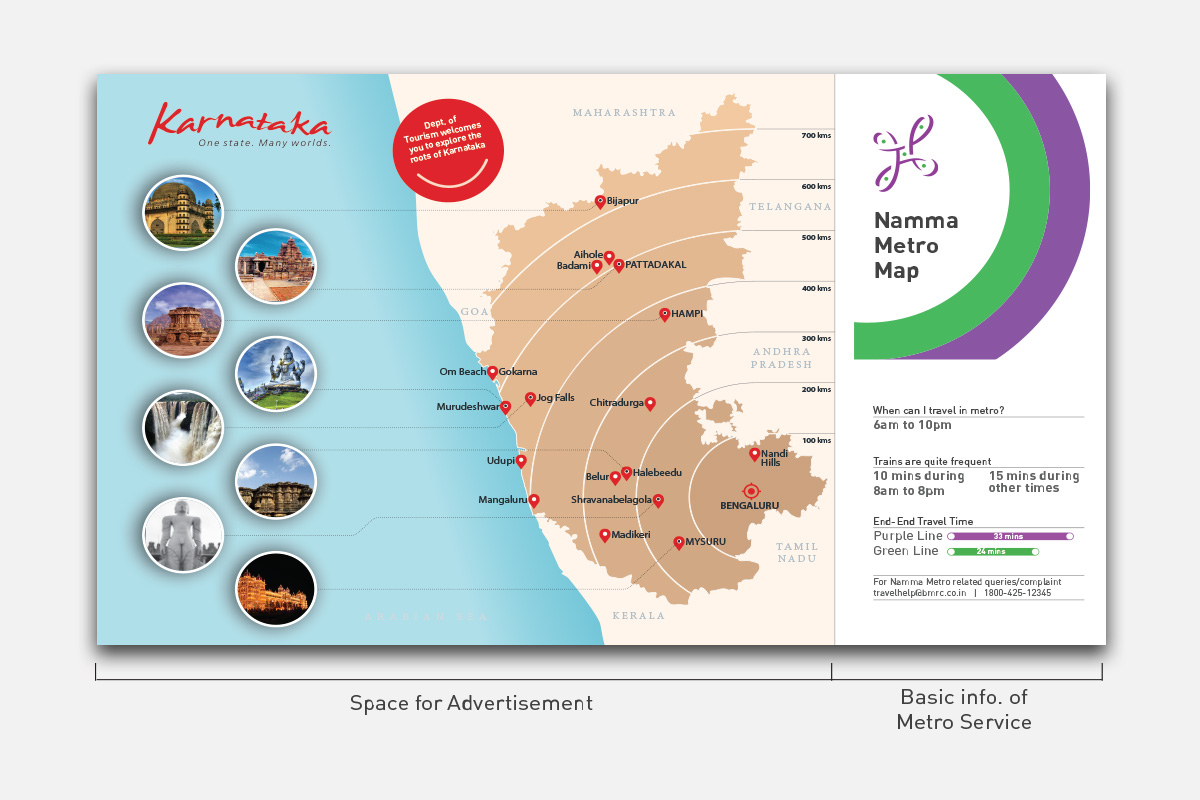 The backside of the map allows for advertising and promotions. 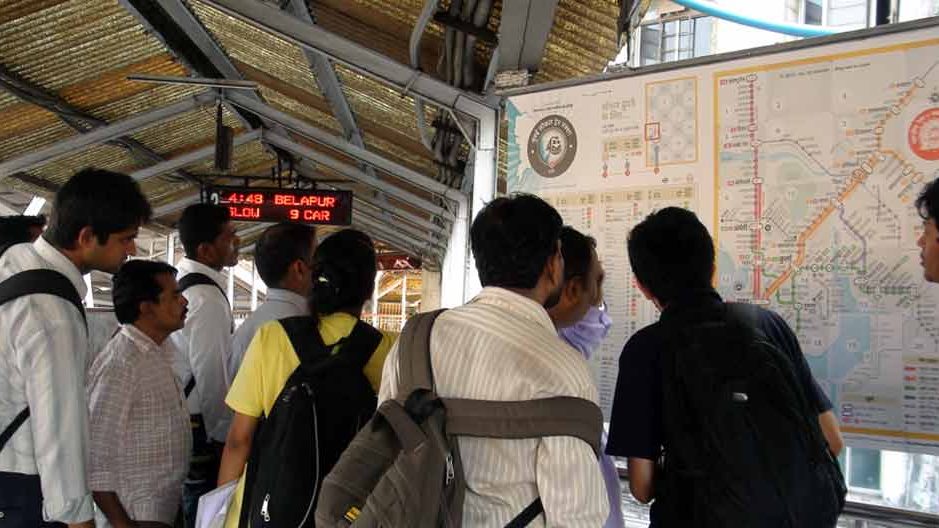 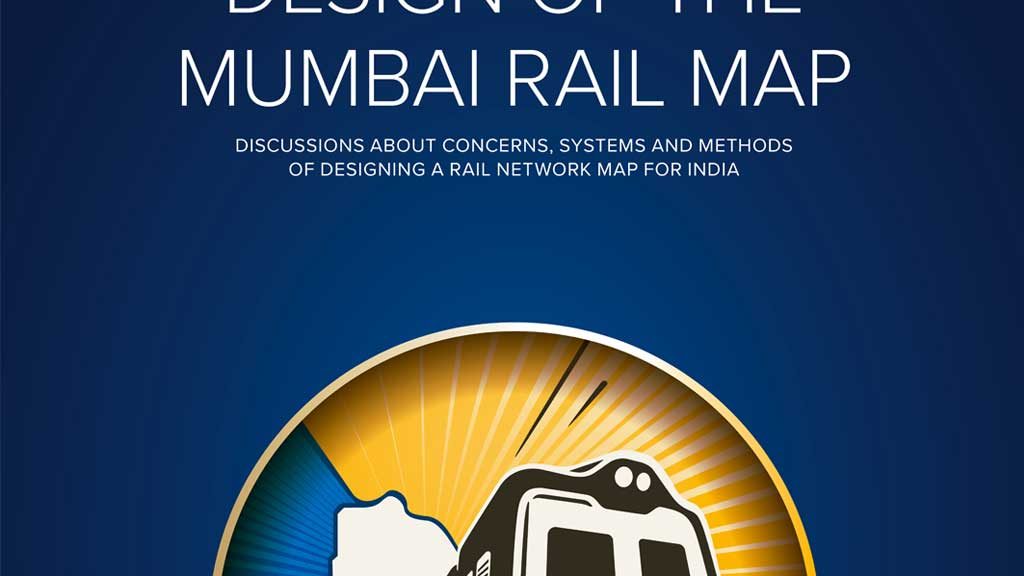