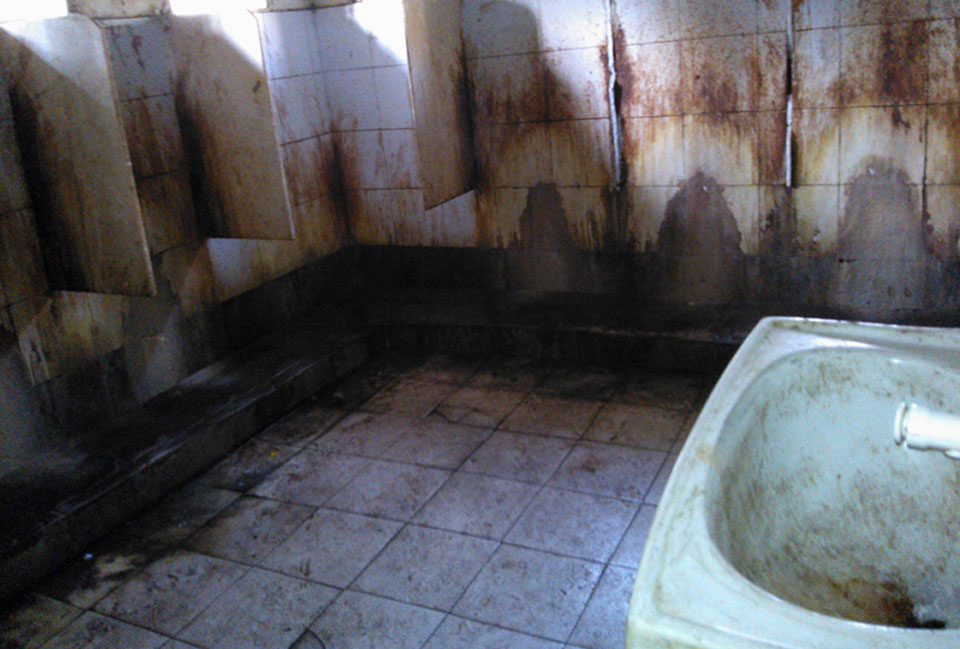 My story…
Once I gulped two glasses of water and rushed for my lecture at a design school in South Mumbai (Sophia Polytechnic) at Peddar Road. The 1.5-hour travel was now waiting to answer nature’s call. I had to urinate and found the school gate closed. I had reached the school early. I desperately started searching for a toilet nearby. But there was none. I asked the security guard in the adjacent building for any public toilet around. He answered in Hindi, “यहीं पे कर लो कहीं.” (that translates, urinate somewhere nearby in the open). So, did I pee in the open? No, I could not find a public toilet nearby and had to wait for half an hour until the school gates opened.

The male and female story…
Urinating in public spaces. Sounds strange, right? But unfortunately, it is true at times in Mumbai and India. Males peeing in the open is common. As nature’s call gets urgent, males try to find a hideout and urinate. However, the same is not valid for females. They hold on to nature’s call until they find a toilet. Else they make sure before they travel, they visit the restroom or not gulp too much water. To locate clean public restrooms in the city has always been a challenge for both the genders. However, it generally does not occur to males, about how females manage this problem. And as a cultural norm, this is a topic that should not be discussed publicly.

Why more shopping malls? What is the connection?
The picture above is of a public toilet at a railway station. They are often a space of public nuisance and ill-maintained. Unfortunately, they announce their presence by the stinking smell of the urine. It is an unpleasant experience, and every Indian know this. Therefore, I vouch for more shopping malls as they became the new alternative to a guaranteed cleaner toilet for a few people in the city.

Why did I say for a few people?
Because as Aditi Kulkarni — alumnus IDC School of design, IIT Bombay adds that the ability to use toilets in malls and cafes is limited to affluent women only. For most working-class women, especially in the informal sector, it is not even a choice. They may not be allowed inside (your appearance matters), or the women themselves may feel too intimidated to enter such establishments. Many professions in which women are on outdoor duty face problems, such as women bus conductors and policewomen.

Two reasons for the “Stinking Toilet.”
One reason for the stinking toilet is its design. I am not a product designer, but common sense is enough to reveal the first reason. Male toilets are either pots to pee or commode to shit. Urinal pots are the main culprits by design. See the picture below. There is a (white) pipe attached to the bottom of the pot. It carries a mix of water and urine to be discharged into the horizontal channel below. This channel, if made correctly, has a slope that should take the combination to the drain hole. Several reasons co-occur for the final mess. It begins with either people don’t bother to flush in sensorless manually operated taps. The automated sensors (like the one shown below) are sometimes non-functional. At times if the sensor works, then the water is absent. If the sensor and water both work fine, then the gradient of the slope to carry the mix is messed up. When people keep urinating in the presence of these reasons, the stinking smell keeps exaggerating. The cycle continues over and over, and finally, “Smell becomes signage.”
The second reason is the poor maintenance of public toilets in comparison to the proper maintenance of toilets in shopping malls. However, for the city with a densely packed population of 22 million, should we increase the number of bathrooms at regular intervals or increase the number of shopping malls? I am perplexed.

Smell as signage and more… Persuasion to use paid toilets.
Assuming that public toilets which are free of cost seem challenging to maintain, nowadays they are paid and privatized (on contract). Private restrooms are clean, but to increase the footfall, they persuade people with funny messages. Instead of advertising for cleanliness, they are promoting the label of ‘Airconditioned’ or ‘deluxe’ toilets. 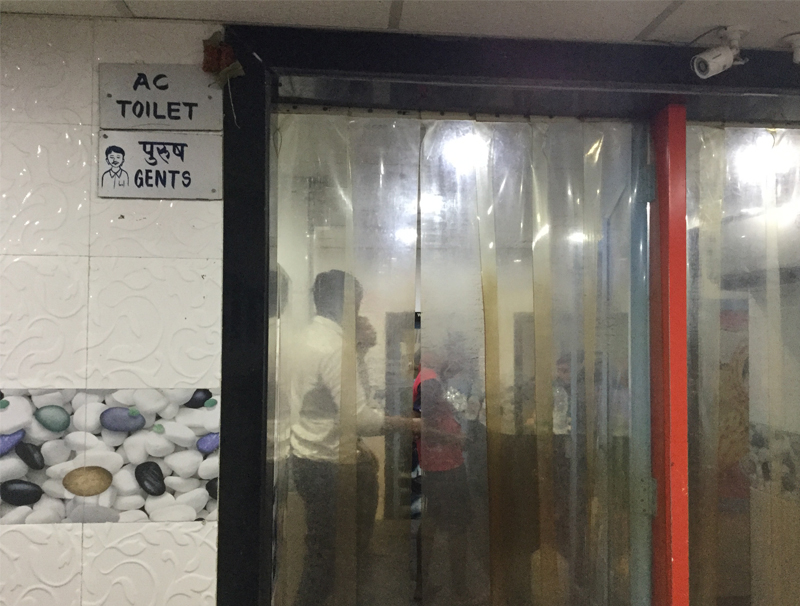 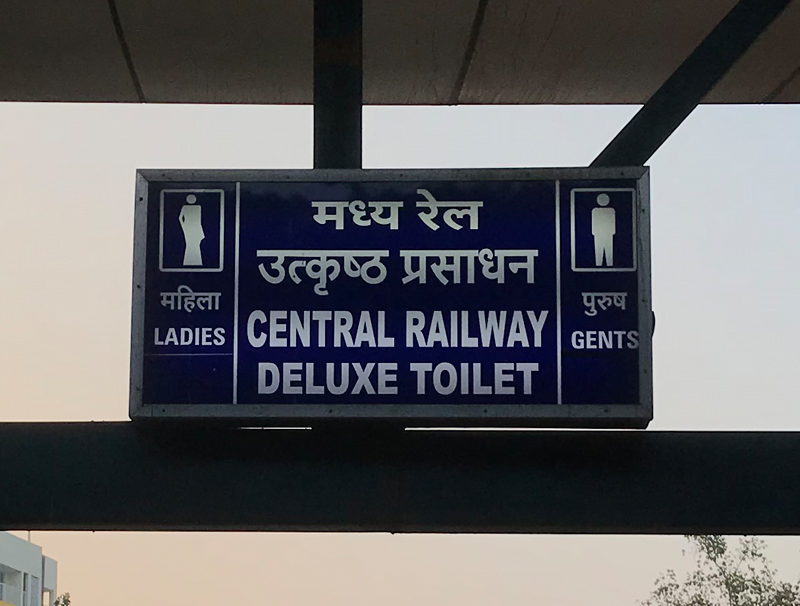 Interestingly the toilets at Mumbai International Airport — Terminal 2 (T2) is clean and implements some additional design functionality. The same feature that Richard Thaler and Cass Sunstein mention in their famous book, ‘Nudge,’ about the bathroom urinals at the Schiphol International Airport in Amsterdam. The idea is to etch an image of a housefly into the bowls of the airport’s urinals. It resulted in an 80% decline in spillage as men target the fly. 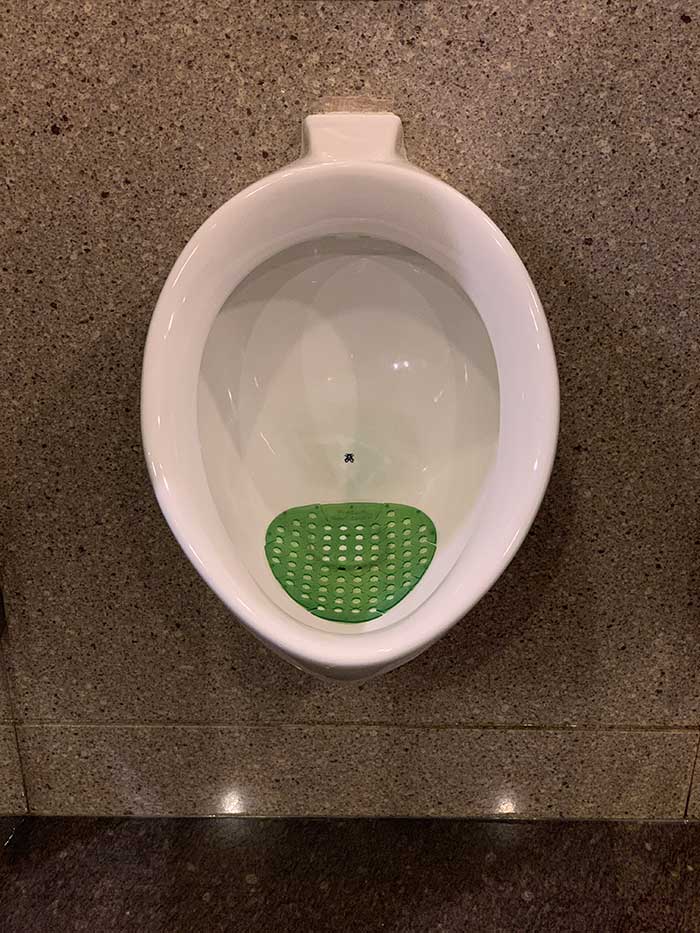 The black house fly at the Mumbai International Airport — Terminal 2
Unfortunately, this idea only works if it is appropriately copied. At Mumbai International airport, the housefly is placed on the vertical surface of the urinal bowl, which makes it useless while urinating because it gets out of sight. The purpose of the idea is defeated. 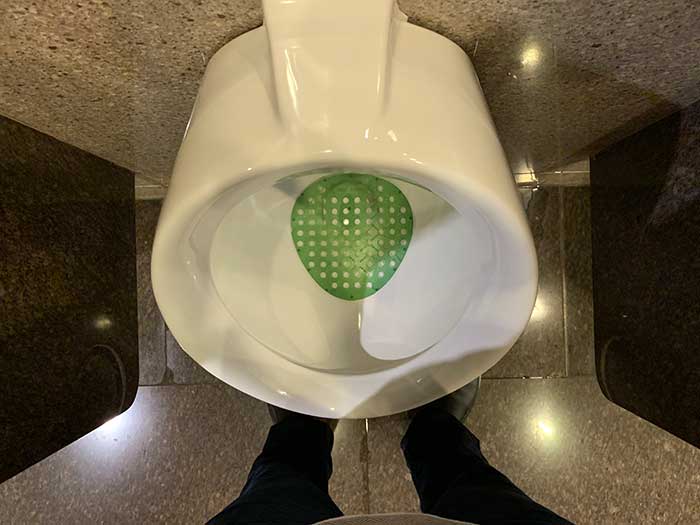 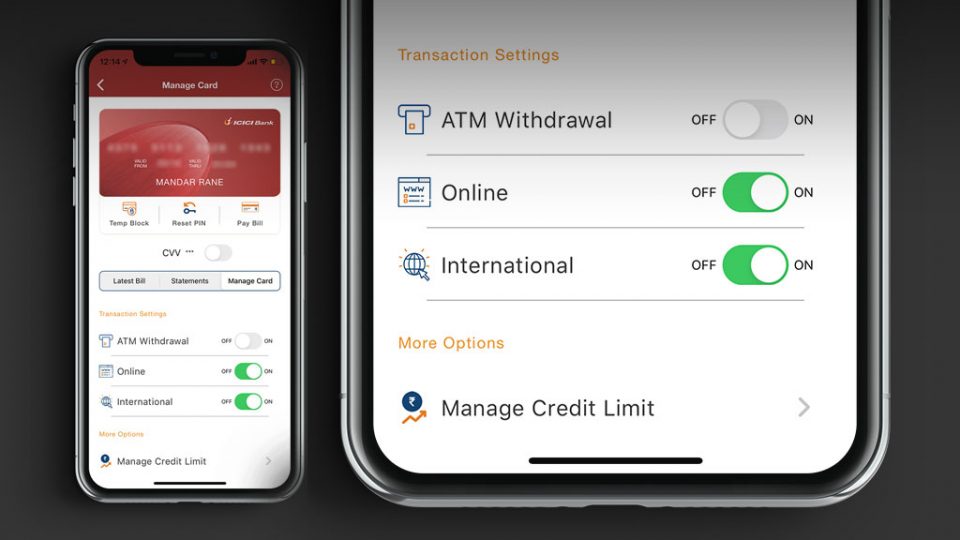